We have worked on Pokemon games over the past decade and learned a thing or two over that time.

If you didn't already know, we sell enhanced Pokemon games from gen 1 to gen 7. If you need Pokemon Crystal with every shiny Pokemon in it or Black 2 with maxed out items and every Pokemon in the Pc, we recommend you check out our games!

Sameday Services
We upload various Pokemon in bulk to your Pokemon Home account for you to use and play with on anything compatible with Pokemon Home.

Enhanced Games
Since 2018 we have been enhancing Pokemon games for our customers.  When you get an enhanced game we...

Enhance the game
We name the trainer what you want (default is Ash)
Max out all currency and items.
Remove key items that would cause the game to crash later
Double check event items are there.

Import all the Pokemon, either all shiny or nonshiny - you pick. This means you will get every Pokemon ever released on that game.

Max out Pokedex and anything else you requested. Ever take a glance at your Pokemon and notice that there are natures on them? They provide stat changes!

Let's say your Luxray has the Adamant nature.

That means he'll get a 10% boost in his attack and a 10% decrease in his special attack.

A Pokémon Trainer's ID number is a number that is assigned to a Trainer when they begin their Pokémon journey.

From Generation III onward, there is a second, secret ID number, different from the visible one. This number exists purely to make sure that even if two Trainers share the exact same name and gender and the exact same Trainer ID number, the game will still recognize their Pokémon as coming from different Trainers. Usually, this number cannot be viewed; however, certain cheating devices can be used to view it, and there are also calculators to determine it. It also comes into play along with the normal ID number and the personality value in determining if a Pokémon is Shiny. If two different Trainers have the same Trainer name, identical ID numbers and identical hidden ID numbers (a 1 in 4,294,967,296 chance if the names do not differ), the game will recognize the two Trainers as the same, so the Pokémon are not considered to be outsider Pokémon. Secret IDs from Pokémon obtained prior to Generation VII are five digits long; those from Pokémon obtained in Generation VII are four digits long. Pokémon transferred to Generation VII from the Virtual Console releases of Generations I and II are given a Secret ID of 00000. 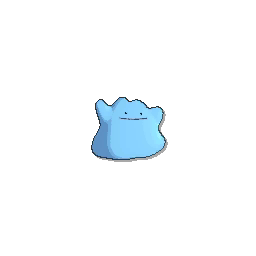 Get a ditto from Japan (you can buy them from us here)
Put it in the Pokecenter with other Pokemon
The Pokemon eggs you will get will have a much greater chance at producing shinies.

The Masuda method involves breeding two Pokémon created in games of different languages. An Egg resulting from such a pairing will have a higher likelihood of being Shiny. The most common way to arrange such a pairing is to use one foreign Pokémon and one from the game in which the breeding occurs, although the method will work in any game provided at least one of the Pokémon in the pair is from a language different to the language the game is being played in.

Get a bunch of eggs from your Masada Ditto? Get A Pokemon with Flame Body as its ability and it will halve the amount of time needed to hatch the eggs your holding.

Pickup, an ability that gives you a chance to find better items the higher level that Pokémon is! No Guard raises the chance for a wild Pokémon encounter by 50%! Most Pokemon games will have exclusive items that will take you to far away places to fight epic legendaries you probably were not supposed to either get or were hidden at the time.

In the third generation of Pokemon, in Pokemon Emerald specifically, there is a small island off of the coast of the game's main region. When you go there you will find the mythical pokemon Mew and be able to take him home.

Every game sold from us will include the items you need in order to travel to these places, check out more here. 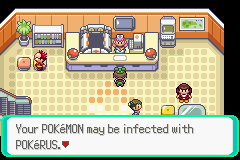 Yes, Pokemon actually get sick. They have since Gen 2, so Pokemon Silver and Gold.

This virus will stay with the Pokemon for a set amount of time, with the only clue of its existence being a small notification in the game's menu. After the virus runs its course with the first Pokemon, it can then randomly spread to other Pokemon in the player's party.

Though it might sound bad at first, it is actually a good thing when a Pokemon contracts Pokerus. While they are infected, a Pokemon will gain double the Base Points (or "Effort Values") earned from battles. This is why many players will do whatever they can to ensure that the virus spreads to the other members of their team. Ever wonder what would happen if you walked out in the wild without a Pokemon? Back in Gen 3, you would be able to get all sorts of funky things to happen like getting missing No. to spawn.

While not at all intended by the developers to be an in-game feature, the MissingNo. glitch quickly became one of the most famous in-game secrets in the entire Pokemon series. It is a glitch that occurs in the first generation of games. If the player follows a specific sequence and then encounters a wild Pokemon along the coast of Cinnabar Island, the game will try to read one of the empty values in its memory dedicated to Pokemon, which produces a bizarre result.

In the game's memory, there are 190 spaces allocated to Pokemon. But with there only being 151 Pokemon species, there are 39 spaces that contain no complete data. When the game is manipulated into reading one of these empty spaces, it creates an encounter with a Pokemon that doesn't exist and has no number, hence the name MissingNo.

Historic Dates Matter
On certain days while playing Pokemon Diamond and Pearl, players might notice a difference in how often they encounter the wild Pokemon they are searching for. It is not something that is obvious right away, but the game is programmed to manipulate the encounter rates on real-life historic dates. In 1997 there was a demo of the trainer player using a skateboard to travel instead of the bicycle. This never became a thing but the code still is left over, its very sparce and not much used.

Feebas
Hey, if you didn't have to grind out Feebas in Gen 3, feel good about that.
Feebas can only be found in the river of Route 119, and only exists in six water tiles at a time. The tiles themselves are random, and other Pokémon can be found in those tiles as well. The only way to find a Feebas is to fish each tile one by one, and pray your get lucky. Omega Ruby and Alpha Sapphire mercifully did away with this feature, allowing Feebas to found in any tile along Route 119, though the probability of landing one is still quite low. In gen three you needed to learn Braille to catch the regies, lmao. This is sort of before the internet so we had to use guides. It was a wild time.

Braille is a mode of communication that solely relies on the sensation of touch, yet, curiously, it was chosen by Gamefreak to be a code language within all the GBA entries in the series, as well as within Omega Ruby and Alpha Sapphire. The GBA games came with a cipher in the manual, and with it you can read the various Braille messages hidden across the games.

The Braille code in Ruby and Sapphire guides players through the caves that hold the Legendary Titans. The inscriptions are usually cryptic, but also offer direct instructions on how to proceed, which is a welcome gift after the labour of translating each message. The Braille returns once more in FireRed and LeafGreen, and is used to find the Ruby and Sapphire, which allow players to trade Pokémon between all the GBA games. In Pokemon Diamond Pearl & Platinum areas would randomly get snow at times, Diamond Dust is a snow that falls in certain areas in the D/P games and beyond if you're on a certain date or it's the player's birthday.

Mew isn't in the truck
Give up. Mew isn't there. No you're dad didn't work at Nintendo, thats like in washington and we defo are not there. The "Mew Under the Truck" legend is an urban legend revolving around the 1996 role-playing games Pokémon Red and Blue. - we are going to keep it at that lol.